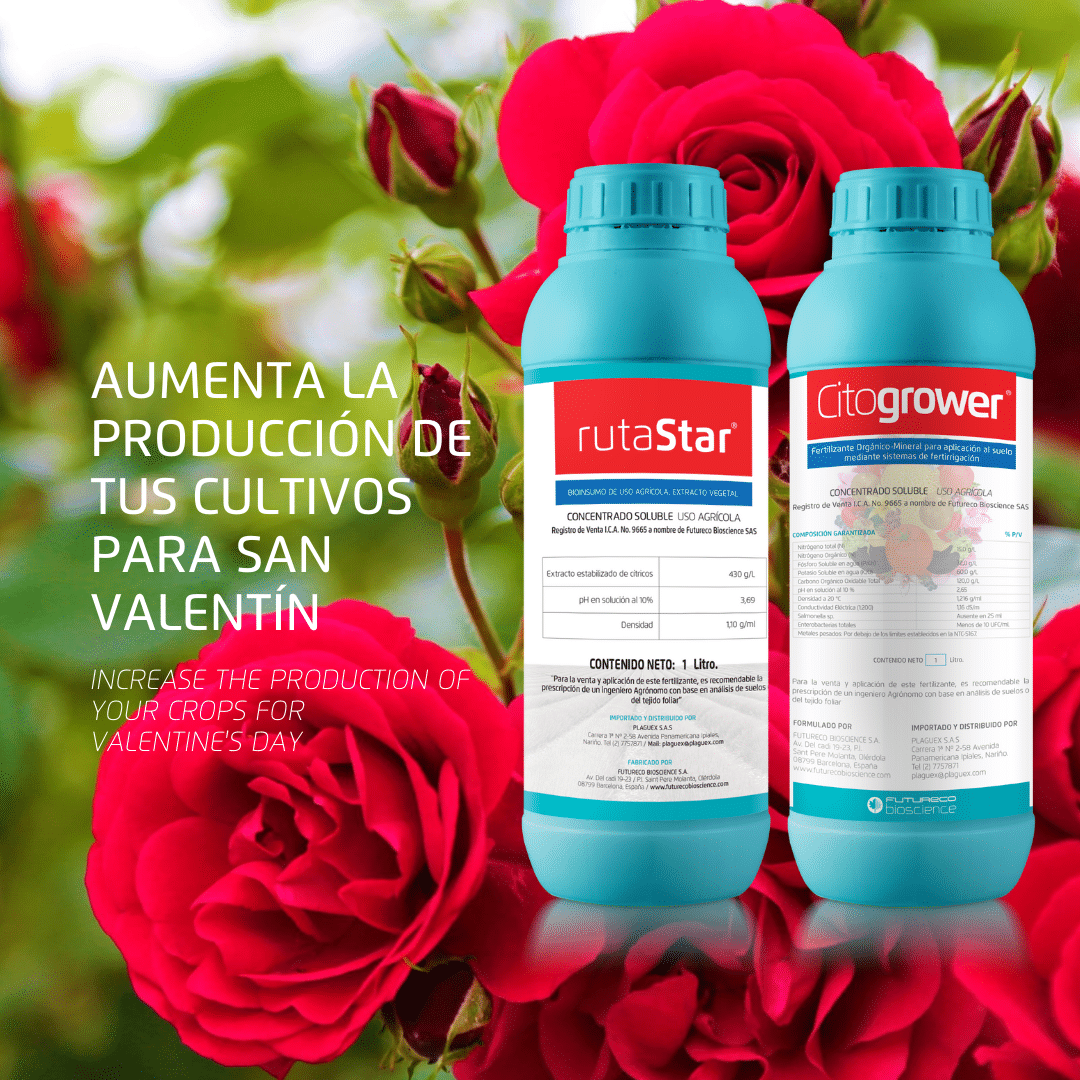 The current conditioning season for rose crops is key to optimizing production while significant moments of mass consumption like Valentine’s Day and Mother’s Day are approaching. The decrease in the quality of the product could mean a great loss for the producers. This is why improving the care and precautions in these crops is essential at this time of the year.

Among the causes of economic losses in this market, is the Botrytis Cinérea, which affects more than 200 plant species, including the rose, the cut flower that expresses the highest percentage of production and export for Colombia: according to the DANE (National Administrative Department of Statistics of Colombia), between January and November 2020, Colombian fresh flower exports reached usd$ 1,393 million. The damage that Botrytis generates in the stem, buds, and flowers in this species can drastically decrease the quality of the final product; and it would negatively affect the results of the entire production and sale chain.

Another condition that stands out is powdery mildew, a disease caused by the fungus Sphaerotheca pannosa. The importance of reducing its effects is that it significantly affects the plant, causing damage to leaves, stems, peduncles, sepals, and petals, damaging the final result for trade and export. At the same time, this fungus is characterized by reducing photosynthesis and decreasing the growth and productivity of the rose.

RutaStar is effective in treating fungal infections, such as Botrytis cinerea or Sphaerotheca pannosa. Its application reduces the incidence of the disease and prevents the spread of the fungus. It is a botanical biopesticide of plant extract composed of two main elements: ascorbic acid (vitamin C) and citric acid that exert a direct antimicrobial action. On the other hand, ascorbic acid induces the plant to synthesize endogenous phytoalexins, which together with exogenous phytoalexins act as natural defenses of plants.

The Futureco Bioscience program also includes Citogrower, a biostimulant designed to increase lateral budding after pruning in ornamental plants such as rose. Its function is stimulating cell division and controlling apical dominance, which results in an increase in the quantity and quality of flowers at harvest.

In addition, Citogrower improves the photosynthetic capacity of crops and delays the senescence of the leaves, which generates a better photo-assimilation to enhance flowering. As a result, reproductive shoots multiply, and the production level amplifies, allowing it to adjust to the growing demand in certain seasons of the year when the consumption of roses increases.

If you want to receive more information about our rose growing conditioning program, click here.